Thanks to Christoph Korn, Ubuntu users can now install the package with a single click from the GetDeb repository. The Deb file itself is available on the release page here, along with an RPM for Fedora users. 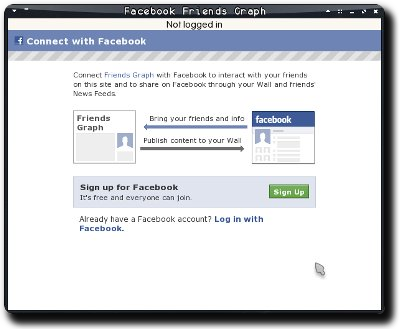 I never really thought anyone other than me would be interested in seeing gargantuan graphs of their friends’ connections until I found out through this post on the OMG! Ubuntu! blog that my application was included in the GetDeb repository for Ubuntu users. I have not used Ubuntu myself since about never, but apparently you can now install the application on Karmic Koala with just a few clicks.

Edit: I have now tested the installation on Karmic myself and can guarantee that it indeed works without any fuss. Gotta love Launchpad/Ubuntu.

The application itself was in a pretty much skeletal state of being so I was a little taken aback by the exposure. Nevertheless, I was reminded of the famous aphorism apropos of open source development:

And indeed, the bug reports that came from users were a valuable byproduct of the Ubuntu push as I had stopped development on the script after it started working fine for me.

The motivation behind obsession with these manically large graphs is explained in this previous post of mine. The current post’s purpose is to instead link to the (finally) working code for generating the graphs. I have created a project page at Launchpad for this little application. The trunk contains the most recent code, which is still in its nascent form but works pretty well given an installation of PyGTK, Python GtkMozembed and pydot. I might port the application to Windoze in future provided I get the time for it.

Starting with the tradition of linking to Inspirated Code subsection, latest updates about the application shall be posted on this page.

And as is the custom, the image itself: 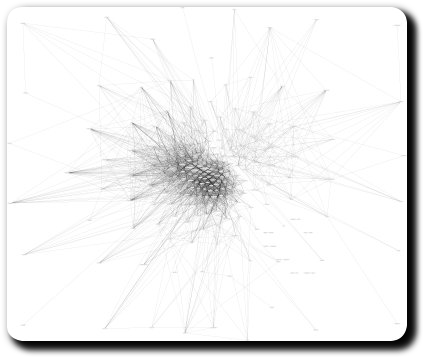 (Click on the thumbnail for larger version.)
(Warning: The larger version is a gigantic 32 MB PNG image with a resolution of 16517x13808 (even larger than the last time). If you want to view it, I recommend downloading it to your hard-disk first and then opening it outside your web browser.)

While visiting profile of a friend, I noticed that he and I had about 70 mutual friends. Immediately it gave me the idea to plot the common friend connections and see what interesting patterns emerge in the larger picture. Something like this:

In the sample above, the names in circles (“nodes”) happen to be in my friend list. The connecting lines represent their own friendship status. For example, Saad Jasra and Hassan Ahmad are friends among themselves apart from being my friends on their own. Similarly, Ali Zeeshan Ijaz is a friend of both Saad Jasra and Abdullah Afaq Ali.

Luckily, Facebook API had Python bindings available which considerably simplified my task. Those, coupled with pydot, resulted in a dot file with all the required connections. Graphviz did the remaining work: 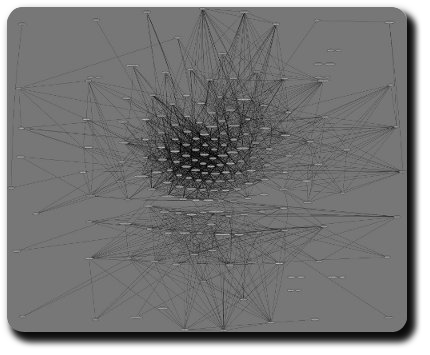 (Click on the thumbnail for larger version.)
(Warning: The larger version is a 7329x5953 PNG image with a humongous file size of 13 MB. If your hardware specs are squeamish, don’t blame me if it brings your machine on its knees — this is not a DoS attack.)

Now came the intriguing part. The resulting graph was visibly split in two large portions. This resulted from the fact that I had spent a major portion of my life (15 years to be exact) in Saudi Arabia before moving to Pakistan. More interestingly, an old friend of mine from Saudi Arabia — Atif Sheikh — was also enrolled at my university in Pakistan. When I zoomed into the graph, I spotted him at the nexus of two networks. Similarly, the names in the middle of a network were the most connected people in that network. That is, the names congested in the middle of Pakistan network were friends from university and the names at the edges of that network were friends outside the university who didn’t share my academic connections.

I haven’t polished the code for a stable release yet as I doubt that other people would be interested in having gigantic plots of their social lives. Nevertheless, I’ll try to package it in form of a proper Facebook application in near future. After all, as I quoted in a previous post of mine:

“Statistics are like a bikini. What they reveal is suggestive, but what they conceal is vital.”