Jailbreaking the Playstation 3 with PSGrooPIC

Paraphrasing the definition from The Devil’s Dictionary which was the primary motivation behind the blog name Inspirated:

“PIRACY, n. Commerce without its folly-swaddles, just as God made it.” — Ambrose Bierce 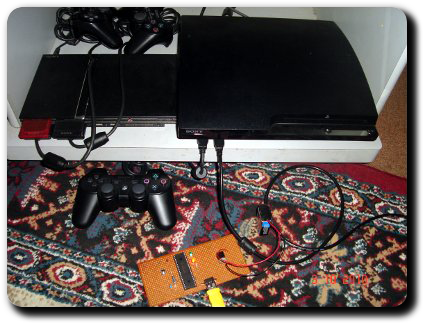 Over the 8 years of my acquaintance with computers valuable data has been lost at an average of twice per annum. I have tried all kinds of solution to help my situation only to fail miserably by forgetting to back up some important bits and pieces of information before upgrading my distro.

Backup solutions can mostly be factored into two approaches of archiving and cloning. If space is limited, you can archive your important data using utilities such as tar. This in fact was the approach I had been using until now. The downside appeared to be lesser accessibility of the files inside the backup. Say, I needed a small text-file from a 200 GB archive. It’d take me around 20 minutes to “get” to its location in the archive.

Which is why, I decided to shift to a newer approach. My laptop has a 320 GB hard disk and I own another 320 GB Western Digital Passport for extra data. To utilize the similitude, I bought another 500 GB Passport, transferred the “extra” data to it and then cloned the entire laptop hard disk to its 320 GB external cousin.

That is all. dd‘s performance was questionable, as it took around 15 hours to clone the entire 320 GB. Nevertheless, this time around I was satisfied with the final backup. Not only was it a bit-by-bit replica of my original data but also an accessible repository which I could access easily by plugging in the USB.

How NOT to copy MBR with the dd command

Yesterday I needed to copy the MBR of a drive over another. Googling a little I found the following command in various tutorials:

Where /dev/sda and /dev/sda were the original and target hard disks respectively. The command did complete its work in a snap but it also made me learn a thing about MBR structures the hard way: Only 446 bytes of the MBR contain boot code, the next 64 contain the partition table!

The implications of the lesson being, if partition tables of both hard disks differ — which unfortunately was the case with me — the partition table of the target hard-disk will be overwritten. The correct way would therefore be:

In case you did mess up the table, I recommend TestDisk for recovering your partitions.