For a little while now I noticed that my Compiz skydome was disappearing whenever I logged in. I could bring it back by disabling and re-enabling the Cube plugin but from a cold-boot I was always greeted to an abysmal looking cube: 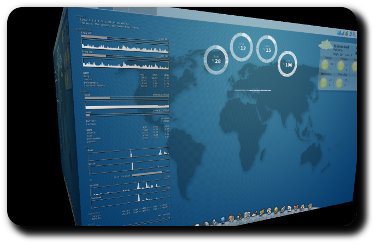 A little bit of forensics revealed that the issue lied with the loading order of Compiz plugins. At the moment Compiz does not try to resolve any plugin dependencies at startup, so while the skydome relied on the PNG plugin the latter wasn’t pre-loaded — resulting in a blank background.

The solution was to change the following line in config:

imgpng had to be loaded before cube, giving me back the pretty backdrop for all things 3D: 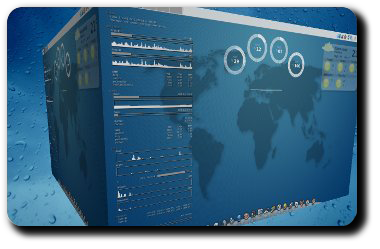 While wandering around Compiz-Fusion forums, I just came across this really neat (and kickass) plugin which surprisingly hasn’t yet made it into the mainstream packages. Titled Freewins, it allows you amazing control over shape and positioning of individual windows. Don’t get what I’m saying? Check this out:

Each and every window can now easily be scaled as well as rotated around horizontal and vertical axes. You can now place your windows on top of each other like an actual physical stack when you don’t need them. You can transform your pictures and videos along an axis with the click of a button. Heck, you can even cure cancer with eye-candy like this — or so I’ve heard.

“We live only to discover beauty. All else is a form of waiting.” — Khalil Gibran

A new version version has been released for everyone’s favorite hardware accelerated window manager. New features include window thumbnail generation in the taskbar, an opacify plugin (making all other windows transparent while mouse is hovering above one) and a rewritten (relatively) more user-friendly settings manager.

The new settings manager can still be quite perplexing for newbies, but at least steps in right directions are being taken. Resizing windows has also been improved a little bit (my X server doesn’t crash whenever I attempt it). As far as I can tell, Compiz’s days of glory are almost over, Beryl has just got too much open-source-ness to be rivaled by a cathedral project.