Damian and I have decided that the GUI prototype for arm should be released to the public for a feedback round. As always, the code is available from the Git repository.

So far, the graphs and logs now support a look more conforming with the rest of the GTK+ theme: 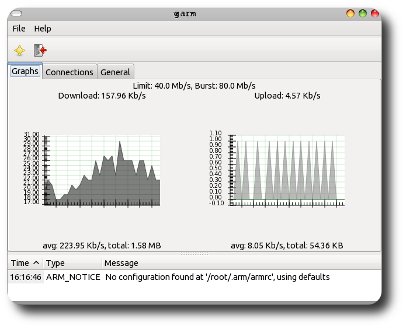 The connections panel lists circuits and control ports in use. The resolvers in use are in fact, the same ones used by the CLI so the results are pretty consistent: 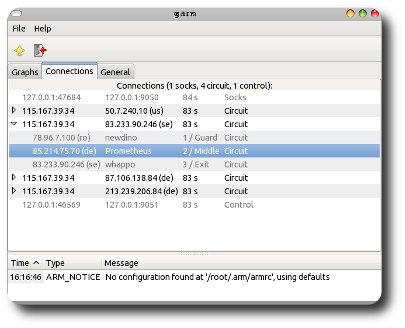 The “sticky” or “header” panel which provided general Tor/arm info has been moved to the notebook for giving it more horizontal space: 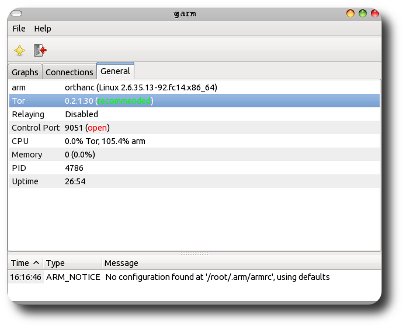 Owing to my lack of creativity the GUI was named “garm”. Which coincidentally turned out to be the name of a talking dog from one of Tolkein’s short stories. Proving once again that Tolkein/Middle Earth/Norse mythology are any geek’s safe fallback plan for being imaginative.

While the GUI is still in infancy, we’d love any feedback we can get. If you have a suggestion you can post a comment here, drop by at #tor-dev or (preferably) mail your thoughts to tor-talk. I’ll be grateful for any ideas that end up making garm more useful for relay operators.