Conky is a small utility for X systems which displays various system statistics and graphs on your desktop. The tiny piece of software is highly configurable, exceptionally light-weight and well … Zooey Dischanel-ly sexy — that’s officially an adverb now, your disagreement doesn’t matter. In layman’s terminology, it’s the “green” stuff on far left: 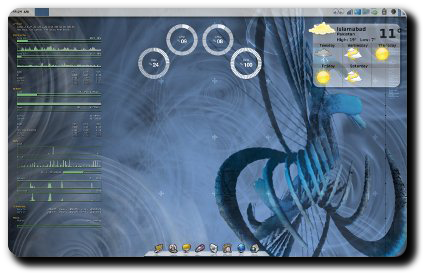 Be the screenshot as it may, here‘s how I pimped the stats. To use the same settings for your setup, replace your configuration file at ~/.conkyrc with the one at provided link and restart Conky. You’ll get the following:

Just because rides aren’t pimp-able with a text file.